Note: This is a 75A-4 Radio we sold many years ago 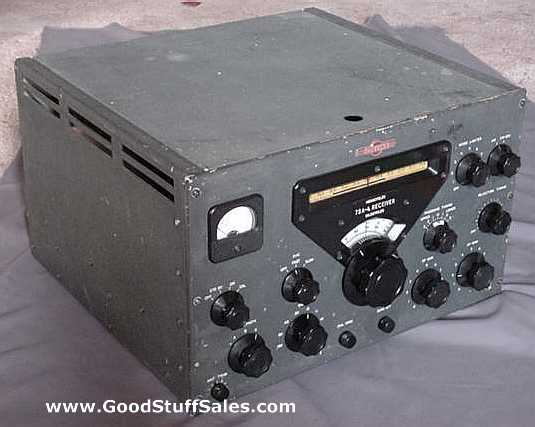 The 75A-4 is commonly known to be the very first production SSB receiver made. In addition to that it was produced by Collins Radio Company, well known for its innovation and high quality standards. This particular 75A-4 until recently, was known only to be an early prototype, it wasn’t until it was restored to operational condition by a retired Collins Field Service Technician that the actual identity as “Pilot Assy 1” was discovered. This number designation is located behind the front panel above the noise limiter control. This can be seen in the picture below. Look above the left end of the Dial Drum. 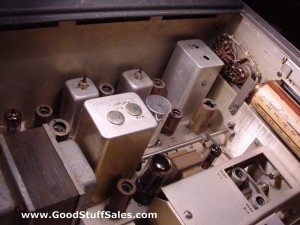 Serial number location for 75A-4 upper right, click on image for closeup view

At this time, the name and contact info of the technician that built it in 1955 is known, as well as the name of the now Retired Collins Engineer that actually owned it after Collins Radio no longer needed it for testing and model improvements. He was likely the first post Company owner, and passed away a couple of years ago. This radio had been loaned to his brother who used it in Florida up until about 10 years ago when it was returned and stored until “death do us part”. (pardon the pun). Several individuals have owned it since, none for more than a year.

This 75A-4 has many interesting features. The dial frequencies match what is known to be the original tuning ranges. Close-up views of the other ranges are provided in the following gallery. 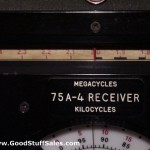 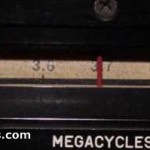 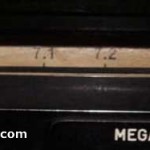 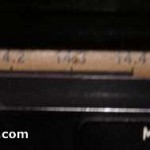 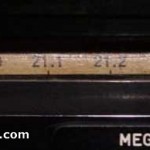 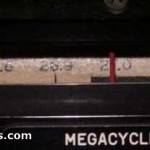 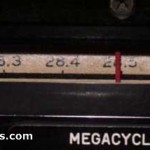 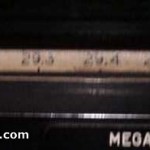 Probable hand lettered Dial Drum (both repair technician and I are convinced) using a Leroy lettering guide, I think I spelled Leroy correctly. Check the close-up photos and make your own judgement. The technician actually viewed it with a bench microscope and claims he could see where the stylus lifted. When I examined it, I believe I can see places where the tick marks overshot the line. The links below show the other tuning drum close-up views 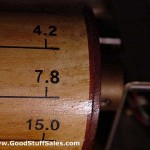 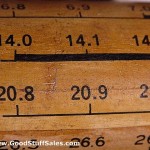 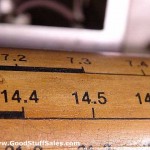 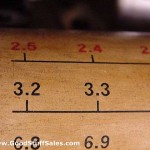 A very early S-meter with very light orange red upper markings. What is interesting about this meter is that currently no one knows which meter type was actually the used on the first 75A-4. There are 6 known types, of which 3 are most commonly used. I am not an expert certainly, but the wonderful booklet the Collins Collectors Association put out on the 75A-4 provided an enormous amount of guidance. If you have a 75A-4, you need this booklet. after reading through this, I don’t think it is one of the three meter types they have pictured. You be the judge. 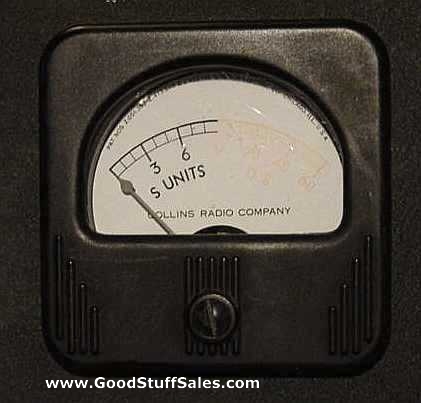 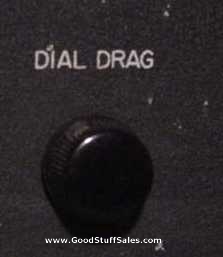 The very rare rear mounted lowpass filter box. Known as the 35U-1, this filter is considered a very unusual filter for a 75A-4. It is very likely that the first Pilot Line radio would be used for testing this design and installation. 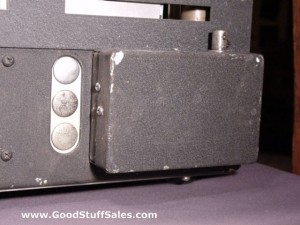 As an actual pilot production unit, machine shop parts were used for the cabinet, this allowed the cabinet design to verified in the same manner as the electrical design was. The parts were painted and silkscreened. In the case of pilot line units, a serial number was not added to the rear, but a “Pilot Assembly” number was stamped on the back of the front panel. An unrelated fact, most 75A-4 radios were manufactured at the Anamosa, IA plant, now closed, which is about 2 miles from where I live. 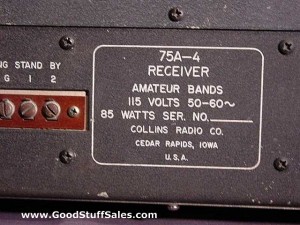 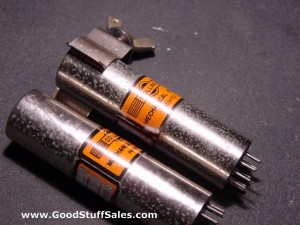 I have provided a number of under chassis views. It is very clean, obviously not mint due to mods, replacement electrolytic capacitors, new power cord, etc. A new bottom panel has been professionally fabricated and provides protection as the original one disappeared somewhere in the last 48 years. An itemized list of all technician work will be provided to the winning bidder along with the technician’s name and contact info. 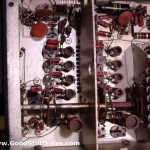 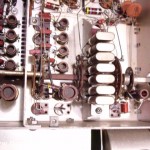 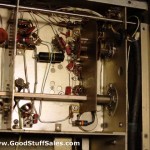 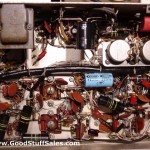 Slug rack view, this shows the general condition of the top of the chassis, as well as another of the electrolytic capacitors that has been replaced. I think the cover to the slug rack is newer, but it is difficult to tell as it is very well made if not original. See the mechanical filter area view for a peek at it. 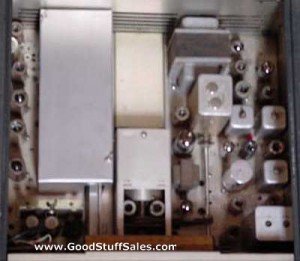 Very few of these early radios exist, I was told that the receiver is now very HOT on the amateur bands after cleaning and adjustment (60+ hour process). Only the repairs necessary to produce a properly operating radio were done. The technician did not go through and replace all the “black cat” caps like some would have you do. So, the winning bidder can do what they desire with this unusual Pilot Line #1 Radio. If it were mine, if I could afford it, I would just enjoy it, maybe touch up the paint a little bit, and then again maybe not. This is an historic SSB receiver, and as such, deserves the right to have the look of a mature and experienced radio.